One of my major discoveries during my leadership journey is how essential data and numbers are to effective decision-making. Additionally, ubiquitous computers and smart devices now make collecting and analysing numbers easier than ever. Yet at the same time, few leaders can handle data confidently and to harness it to craft strategies and power their decision-making. But why is it such a powerful force-multiplier in leadership?

In many ways, leading an organisation or a group of people is similar to piloting an aeroplane. In both cases, there is a destination or end goal that needs to be reached. There will be a plan in place to determine the way ahead. Finally, there may be challenges that need to be tackled head-on or mitigated. Imagine yourself flying a plane and having no idea how fast you’re flying, at what angle you’re turning and how much fuel you’ve got left. It’s impossible, right? The same is true if in a leadership situation you’ve got no access to any information whatsoever. Data will provide you with the situational awareness that you need to make decisions and lead your organisation forward.

Bear in mind though that not all data is necessarily good. Equally some metrics are meaningless when viewed in perspective. A key first step to data gathering is defining what you need to measure and where you can get your data from. This may require very specific skills and at the very least an appreciation of the power of numbers and data. “I am not a numbers person” isn’t a good excuse to offer in these kinds of situations. When numbers are simplified, anybody can understand them and harness them to make decisions. As I’ve said before, leadership is more about attitude than aptitude.

It can help identify trends

One of the most difficult tasks of leaders in any context is to identify possible challenges lying ahead. This task can never be done with 100% certainty and unknowns unknowns can arise at any time. What can however, provide good insights is to look at historical data and to try and identify trends. It really is surprising how many insights can sometimes be gained by plotting a chart of performance against time. Most crises are often long in coming and can be prevented by acting upon trends and similar signals that things aren’t going quite as well.

Data on its own is only a means to an end here. Indeed, averting a potential danger may demand a lot of courage and conviction to formulate a different path or an alternate future. Moreover, a trend of consistent performance may hide some problems that could manifest themselves in the future. Complacency can take various forms and one way to prevent it is to scrutinise data and to look at it under new and different angles.

Assessing “as is” vs “could be”

Personally, my favourite use of data in leadership and especially in strategic leadership. Is to asses the difference between the present and a potential future. There are almost no constraints when using data to imagine what the future could look like. Looking at a situation from a purely analytical and even mathematical perspective can open new doors. In one of the strategic plans, I designed, focusing only on numbers gave me a good idea of the impact of a change currently in progress in my organisation. This, in turn, opened doors towards new strategies and even a new vision for the organisation.

Data can be a powerful helper to craft a compelling vision. Both by identifying what could be and also by highlighting some of the steps needed to reach the desired end goal.

If you’re already familiar with data and handling it, I’ve got some good news for you. Becoming a leader in the 21st century will be easier for you than it is for some. If you aren’t familiar with data, start embracing it. Data doesn’t mean endless rows of tightly-packed numbers on a spreadsheet. Data visualisation can even be beautiful like this map of world air routes. 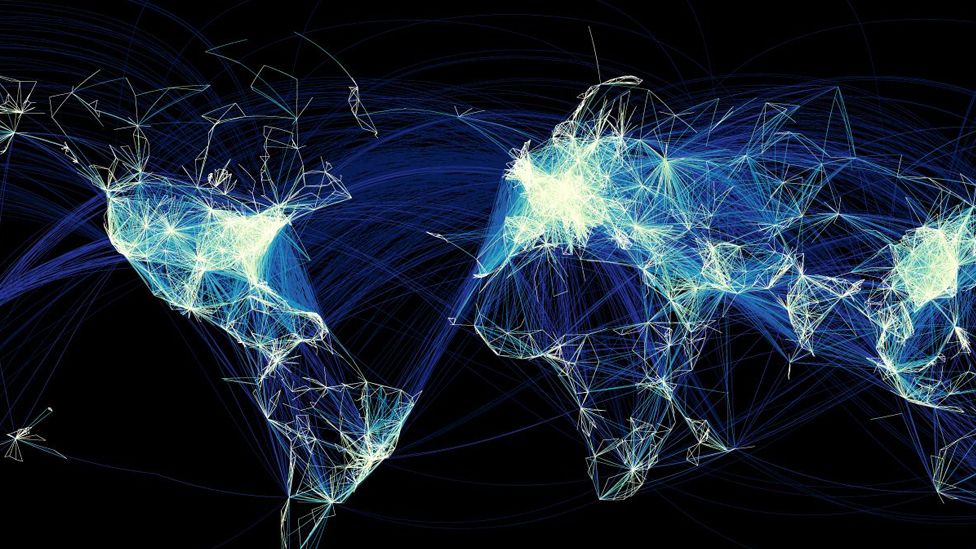