I spoke earlier this year about the development of a visual monopoly style incentives board, to communicate the initiatives linked to long-term strategies that I developed. At the challenge of a colleague, I eventually ended-up fleshing this into a playable board game. So far, hundreds of people have used the board game as part of training sessions run by the organisation I lead. Feedback has on the whole been extremely positive, and several lessons can be drawn from this latest leadership experience.

Traditional presenter-based training can be very effective at conveying information. Provided that the trainer delivery style is dynamic and that it engages the audience. However, gamification and games can take this to a whole new level altogether. Games have visual elements, ask players to take various actions and can also invite them to discuss things with other players. The competitive dynamics between players also create engagement and an element of fun. This leads to everybody becoming engaged and learning about the topics presented by the game. 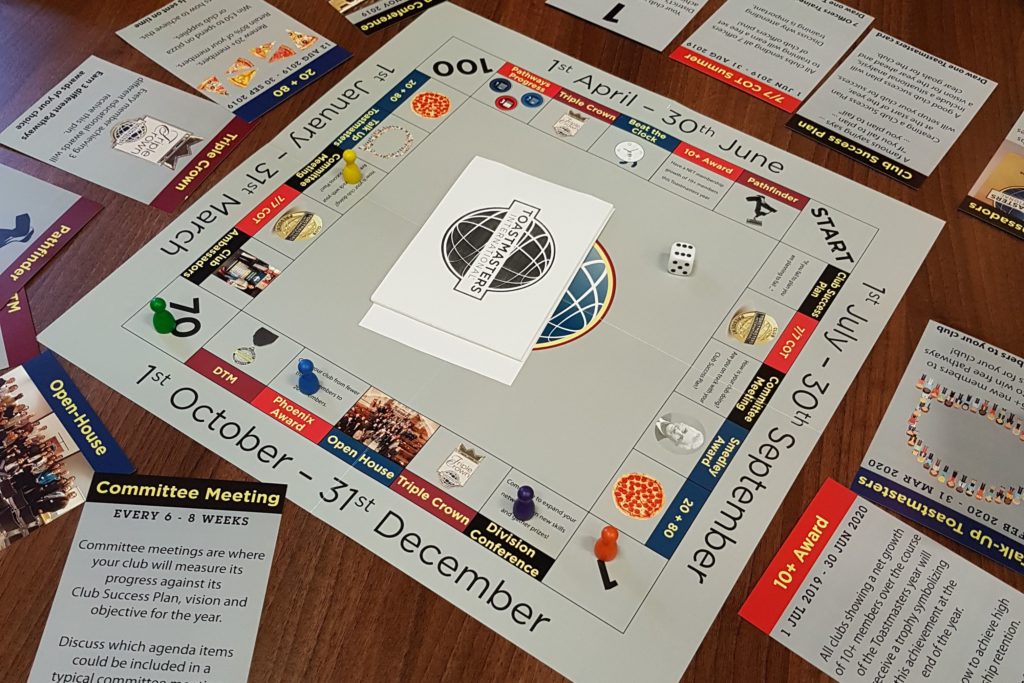 Some unexpected things happened when the board game was used more widely. Firstly, different facilitators started coming-up with “house rules” so that the game could be played over a shorter space of time. Secondly, people invented new ways of playing it that I hadn’t even considered as the original designer. Both events meant that others were taking ownership of the capabilities provided by the game and using them to fit their particular circumstances. It is much easier for games to be adopted in this way because rules can, in theory, be changed to fit any circumstances. Other communication tools or platforms don’t have the same advantage.

It is now scientifically proven through neuroscience that gamification works. Primarily because it activates the reward part of the brain through dopamine releases. While the board game wasn’t designed to be highly competitive per se. What has surprised is how engrossed players into it. So much so that calling gaming sessions to an end was hard as everybody was visibly enjoying themselves.

If you have to communicate change, a vision or a strategy as a leader. Why don’t you try to turn the whole thing into a game that others could play? I would be happy to help you do it too.