Game of Thrones is one of the most successful TV shows in history. Largely because of the depth of its plot and of the intrigues between its characters. Many leadership lessons can be learned from the show and from the books on which the show is based. The recent Season 8 finale also featured a powerful speech by Daenerys Targaryen, which is well worth analysing. 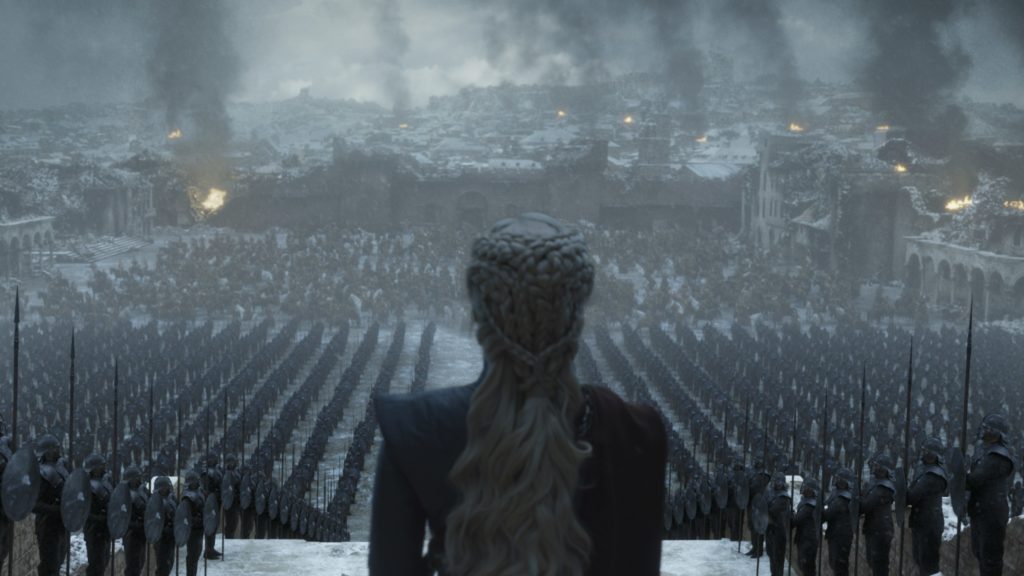 Right before she speaks, Daenerys takes time to own her stage, make eye contact with her audience and to bask in the glory of the situation. This is a technique that can be very powerful in order to create drama and some anticipation. Her strong stance and posture convey strength, she’s in control and everybody is paying close attention to her.

The speech begins very strongly as she refers to her audience as “you”. “You” is a powerful word to use in speaking as it builds a subtle yet tangible bond between a speaker and his/her audience. Daenerys immediately follows by using shared points of reference between her and her audience. The sentences about “men in iron suits” and “destroying stone castles” refer back to the beginning of her journey amongst the Dothraki people, all the way back in Season 1. She’s taking her audience on a journey with her, looking back at what they accomplished together and foreshadowing a future of even greater deeds and rewards as “the war isn’t over!”.

Throughout the speech, she uses extremely descriptive language. Both to portray the size of what she wishes to accomplish “from Winterfell to Dorne” and also to compare the status-quo with her endgame “women, men and children suffering under the wheel” against “breaking the wheel”. The language is also very simple to understand and all sentences are short and to the point. This makes her speech easy to understand by anybody. There’s no room for second guessing her message or objective, she’s a queen on a mission to liberate the world from tyranny!

Her oral delivery is masterful for many reasons. Firstly, her pace of speaking is very slow, the entire speech is less than 3 minutes long and only made up of 200 words at the most. This slow delivery peppered with dramatic pauses establishes her gravitas and authority. It also gives time for her audience to absorb and even react to what she is saying. Secondly, she uses just the right amount of emphasis on key words and sentences. Her delivery also goes crescendo as she nears the end and invites her audience to follow her on her mission.