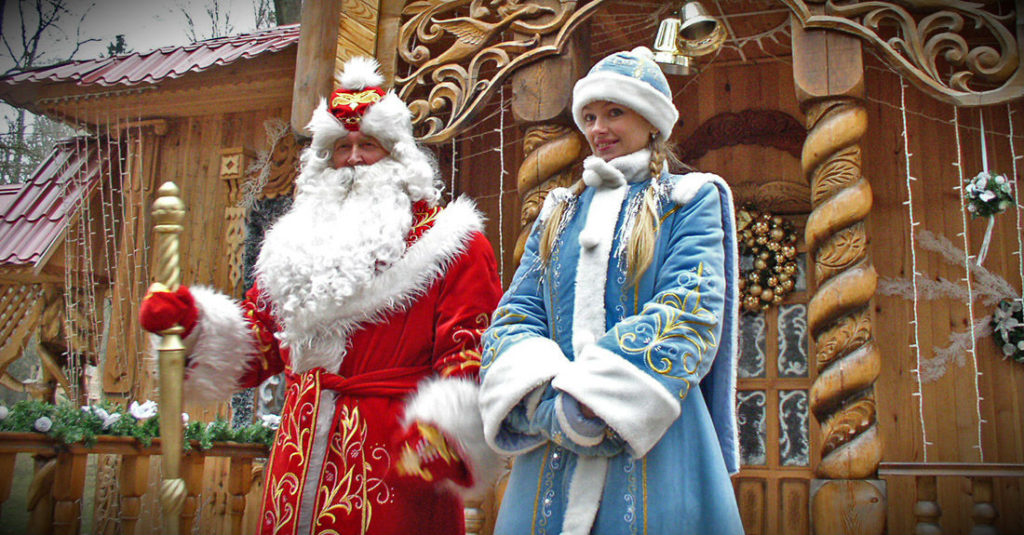 In every culture worldwide, fairy tales and storytelling feature prominently in some form or another. As children we listened to fairy tales read aloud by our parents before going to bed. Widely acclaimed authors like La Fontaine, Grimm or Andersen largely owe their acclaim and fame to their compilations of stories and fairy tales.

Can presenters and public speakers learn from fairy tales? Yes, they can as a lot of the techniques used by authors of fairy tales are directly applicable to speeches and presentations.

In this article, I will analyse the Russian fairy tale of Father Frost to see what presenters can learn from it.

Taking the audience on a journey

All the core elements of the tale are set at its beginning. We have our four main characters, the wicked stepmother, the heroine stepdaughter, the mean daughter, and the passive father. The tale doesn’t endlessly describe the characters and the story starts moving forward immediately after this scene setting.

Many events then follow, the heroine meets Father Frost in the woods, and comes home as a rich princess dressed in furs and carrying a golden trunk full of riches. Ultimately the wicked stepmother gets her comeuppance and realises the errors and price of her ways.

The tale hooks its audience in by vivid character descriptions and giving the reader enough information to realise that there is a conflict whose issue is still undecided. Each scene is long enough to keep the audience interest and wondering what comes next as the story moves forward.

The same principles can be applied when designing a speech or a presentation. Begin by hooking your audience in by setting the scene of the issue or problem to be discussed. Don’t give too much information but aim to get your audience to think about what’s at stake. If your talk is about the merits of a product, service or technology; competing solutions can be characterised in the same way as the characters of a fairy tale are.

Giving a clear sense of progression to a speech or presentation has everything to do with its structure. Chronological or spatial speech structures can be especially effective in outlining a clear way forward to the listeners. Alternatively, a compare and contrast structure can be effective in talking an audience through the various steps of a problem or challenge to be resolved.

The power of imagination

Imagination can mean many things but fundamentally relates to images and imagery. In fairy tales, authors use language to get the readers to picture the scenes, dialogues, and situations in their heads. Father Frost is portrayed as “clad in furs, with a long, long, white beard and a shining crown on his white head” and this language immediately triggers visual images in the readers’ mind.

Later on, the garments the heroine receives are described as “light like feathers and warm as a mother’s lap”. Here, sensory images are triggered as we can almost feel and sense what wearing the garments must be like.

All fairy tales use descriptive language to trigger vivid imagery in the audience’s mind and appeal to the visual and kinaesthetic senses of the readers. Descriptive language is a powerful weapon that speakers and presenters can use too. Sentences like “deep, dark woods” or “howling cold winds” immediately trigger images and feelings in an audience. If you are talking about a product or a service, portray what it does in a vivid descriptive manner. Use descriptive words for added impact and don’t hesitate to research synonyms. A quick search yields dozens of words to describe a large object, your object could be immense, grand or even considerable!

Most fairy tales’ build-up to a message that’s openly expressed in the closing paragraph. In Father Frost, the message is that treating others with kindness will be rewarded, whereas meanness can lead to death and being forsaken by others in times of need. The tale builds up the message right from the start. We learn that people in the nearby village love our heroine and don’t like her sister. The dialogues with Father Frost in the woods further reinforce the message through the emotions they convey and the use of contrasts.

Having a clear message for listeners is something that every speaker and presenter must have. In Father Frost You will notice that the message of “kindness will be rewarded and meanness will be published” is only a one sentence long. A clear message doesn’t need to be any longer than one sentence. If your presentation is about persuading someone to buy your product, your message will essentially be “my product is the best because it can help you do …”. If you are looking to inform an audience on a new concept, your message might be “Here’s how nuclear energy can solve our problems”.

Just like in Father Frost, your various points, characters or arguments will exist only to support and enhance your message. Your message is your guiding light for you to prepare your speech or presentation. Anything else is just noise!

An interesting analysis of Father Frost is also available here.

9 thoughts on “What can presenters learn from fairy tales”