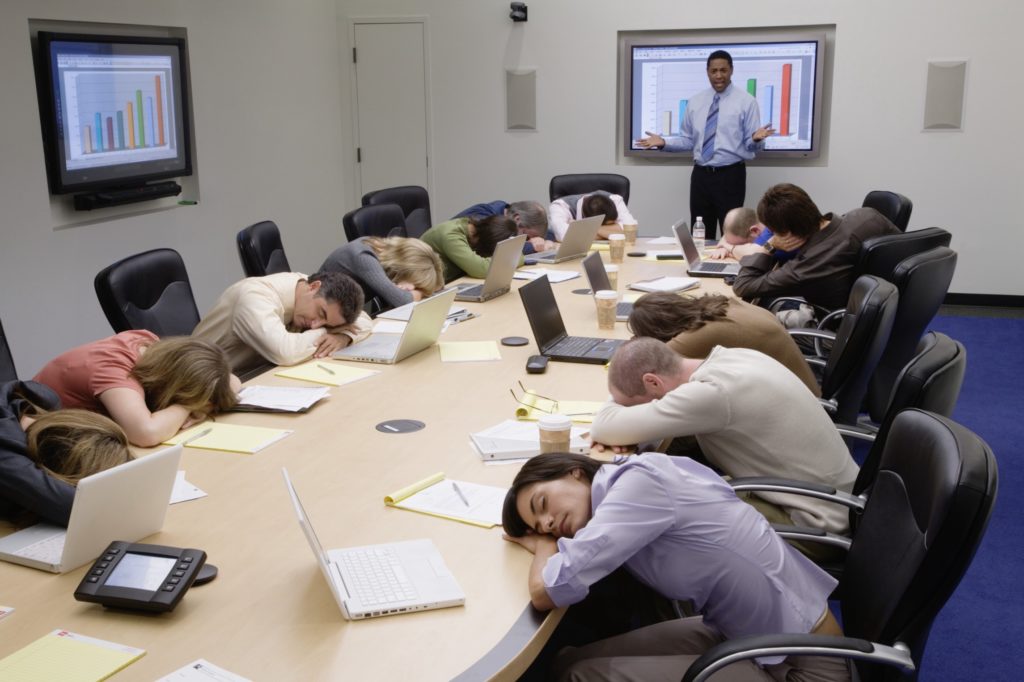 It is only when I started my University degree in Chemistry that I was introduced to PowerPoint. I even remember booking a course on the University’s training programme to learn how to use it. Since then, I’ve seen PowerPoint used in all kinds of situations and most of the time the software was used very poorly and wasn’t necessary. Here’s are some examples of poor uses and abuses of PowerPoint.

Reporting instead of presenting

I never understood why a multinational energy company I worked for somehow decided to write its internal reports on PowerPoint. Energy audits, competitors’ analyses and even weekly news update would all be written on PowerPoint. While the objective of focusing content into a few slides as opposed to long reports was not bad in itself. This inevitably led to challenges when the information had to be presented as opposed to reported. Extremely crowded slides would be the mainstay of meetings. Critical information was lost in paragraphs of texts and maintaining audience attention was difficult.

The graphical capabilities of PowerPoint are immense and the software can even be used for designing flyers and posters. However, these capabilities are often never used or poorly used. Very often bulleted text is the dominant element of a slide, which is boring and a turn-off when used in large quantities. My favourite misuse of PowerPoint is the use of very small images, often occupying a small portion of the size. Said images, are likely available in much higher definition on Google Images and could cover an entire slide instead or be set as the slide background.

It takes time to craft good visuals that are compelling and will trigger reactions in an audience. However, it will be time well spent, especially if a lot is at stake when delivering the presentation. The next time you design PowerPoint slides, think visual, think infographic, think photography even.

Poor quality visuals and overcrowding can turn a good message into incoherent gibberish. Let’s remember that a PowerPoint presentation is a means to an end and a way to support you in delivering your message as a speaker or presenter. It could very well be that your message doesn’t need PowerPoint slides to be presented effectively. The range of visual aids available to presenters is vast and includes props, objects or models. The next time you design a PowerPoint presentation, consider drafting an outline and key messages for it using pen and paper. Don’t make these up on the go, as you create your slides. If you do this, the risk of eventually confusing your audience is very real.

4 thoughts on “Poor uses and abuses of PowerPoint”