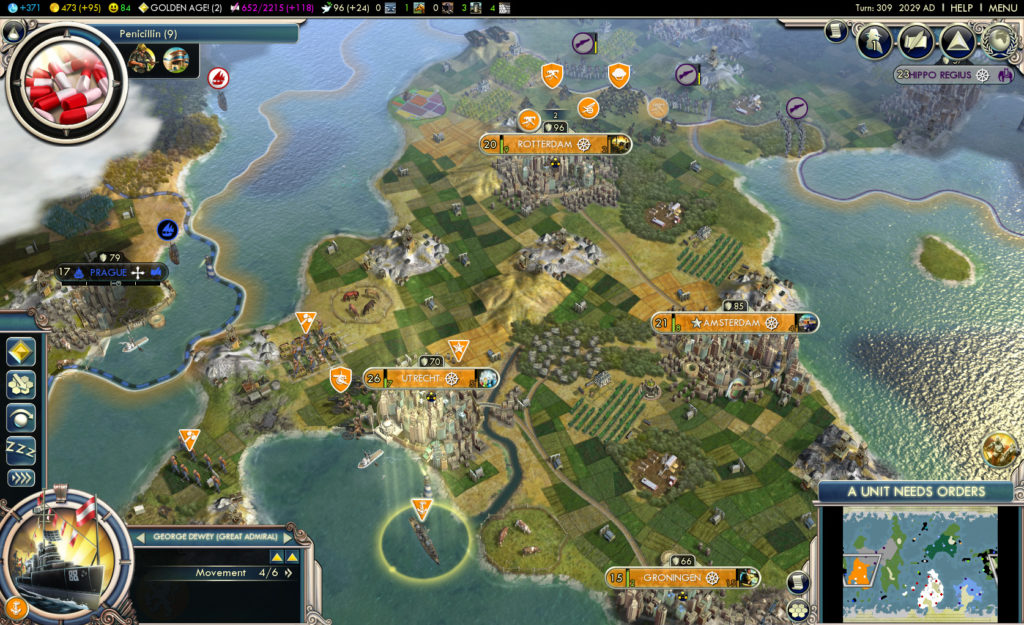 My interest in gamification in leadership and communication largely stems from the fact that was a keen player of video games for many years. Many hours and days playing one series, in particular, the Civilization series. A turn-based strategy game where the objective is to build a civilization that can stand the test of time. The game is rich in lessons for any aspiring leader, especially on a strategic scale.

Begin with the endgame in mind

The endgame is winning the game using one of the possible ways of doing it. Score by 2050 is one. Technological supremacy by building a spaceship is another one. Cultural supremacy offers another route. Finally, the good old dominating way of conquering everybody else is another method. However, it is crucial to pick one route rather early on as it will define the entire development of one’s civilization. Dreams of seeding the stars with one’s peoples are only achieved by focusing on science early on, which in turn requires a strong and secure territorial base. The way of war demands a focus on production and a willingness to sacrifice domestic well-being. Interestingly, some strategies are transferrable from one path to another. This gives rise to what I call the “more of everything” dilemma, where one needs more food to get more production but more production to get more food and so on. This strategic dilemma can be solved by only one thing … investments.

These investments can take the form of infrastructure, such as farms, roads or mines. Alternatively, one can build libraries in cities so that they produce more science or granaries to hasten population growth. Covering one’s civilization with roads will be a huge investment in terms of time and resources. Building-up a small town into a megalopolis will demand, gold, production and in some cases the settlement of waves of additional citizens. However, investments always yield dividends. I’ll never forget a game I once played with Portugal, where I got declared war on out of the blue. My army was puny and I was apparently doomed to defeat. However, the strong foundations of an entire nation suddenly cranked-up in action. Cities produced armies and railways shifted them where they were needed. You can guess who eventually won the war …

Structures, admin and systems are an often overlooked but essential aspect of the strength and eventual success of any organisation. This is also why it’s important for us individuals to never step learning and bettering ourselves. Our own skills and knowledge are our own foundations for success.

Pay attention to your base

Civilization is not an easy game as players have to juggle between many variables, a concept that I explored in a recent article. However, it is an accumulation of successfully navigating smaller variables that leads to strategic success in the game. One of the easiest variables to overlook is food production in cities. After all, food has no direct use in the game, except to grow one’s population. Yet in the game, a civilization that stops growing condemns itself to eventual death (a concept that’s directly applicable to any group or organisation). If good infrastructure is the hardware of a strong civilization, then its population is the software. It is very easy for executives and strategic leaders to forget their base and to grow distant from it. Yet forgetting to pay attention to your base can lead to its shrinkage, or worse it turning against you!

Over to you now to build an organisation that will stand the test of time!

1 thought on “What playing Civilization taught me about strategic leadership”